Gerror is a monster obsessed with the myth of humans, his research on this subject covers the walls of his house. As he sorts through his mail and throws away the Village Epic Quest’s flyer, brought by a postman dragon, he finds the newspaper and discovers an article that claims «a human has been sighted»!

He decides to leave his house and embark on a long journey in order to find it and thus prove their existence, showing his worth and winning the respect of his peers. Our hero begins his adventure by going to see the monster who said he saw a human. 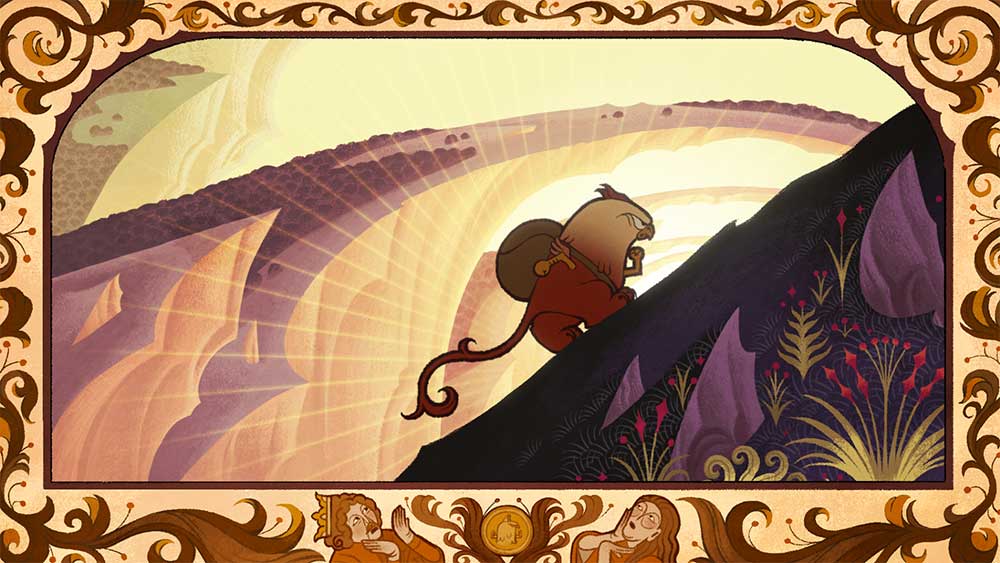 He listens to his testimony and goes to the city near where the human was sighted. He finds human shoe prints on the way, which confirm his convictions.

Beside him, other monsters can be seen doing a fantastic quest as he continues his less than epic quest. In moments of uncertainty, he looks at his lucky charm, a human coin which he found in his childhood.

Master of Arts in Character Animation and Animated Filmmaking 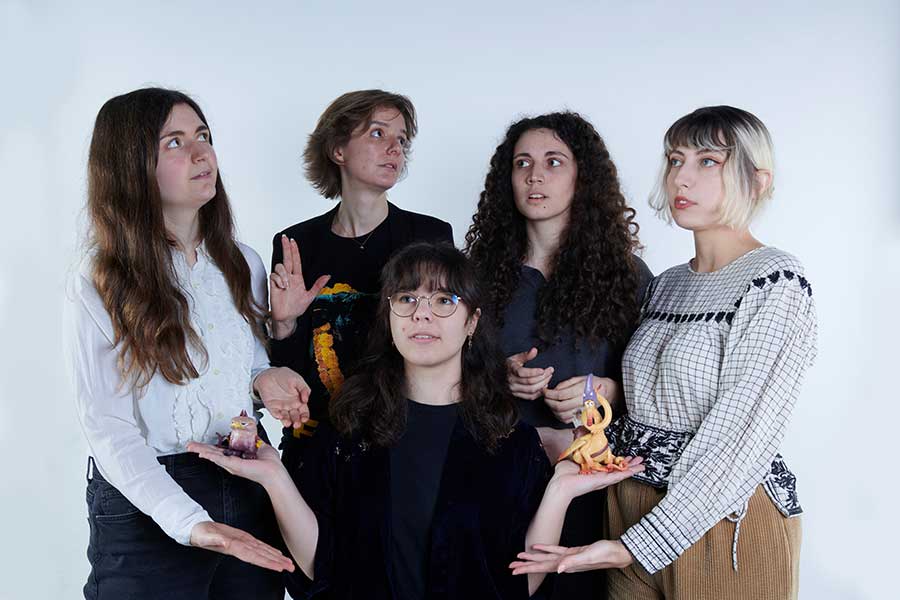 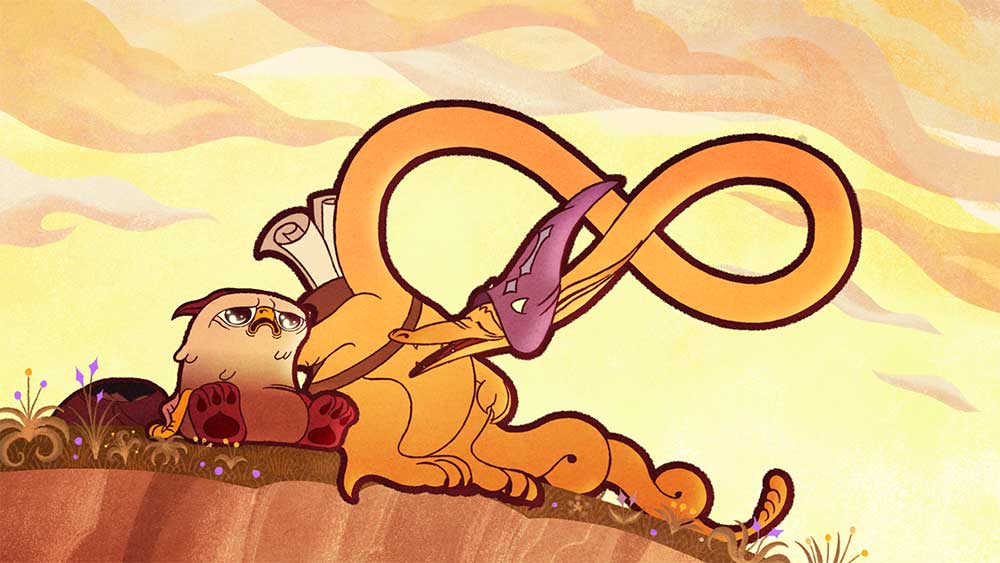 As he arrives at the place the witness told him about, he still hopes to find the human! Unfortunately all of his clues are disproved. Indeed, having been obsessed with the human myth for so long, he now comes face to face with his self-­‐centeredness and ignorance about his own world. After these terrible revelations, he brandishes his last proof, his precious coin. Then, the postman, dragon, told him that it is one of his scales with a deformation due to his psoriasis, definitely not what he believes.

Gerror is devastated. He heads to a cliff and looks at the landscape, realizing that his quest was in vain: he finally contemplates the beauty of the world around him and grows from his mistakes. He takes the last flyer the dragon gave him, «the Quest of the Hydra in the dark». Gerror doesn’t throw it away and looks at the flyer thoughtfully, then starts to leave.

Monsters who are going on the same quest as him even invites him to join them. It is the beginning of a new life for Gerror until a one-­‐legged man behind him announces that he heard about another legendary being, the Cow. Gerror slowly turns around, his epic music picking up with his brand new obsession.